January 30, 2018
I meant to write and post this a month ago...needless to say, we've been busy. Its not easy to write up a blog post these days. I'm not complaining. Its awesome. 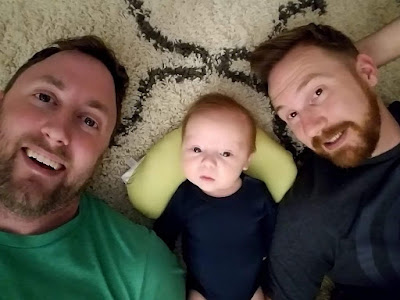 A little over two months ago, we named our first-born son, John Robert Tidwell-Davidson.  Some people asked where the names came from.  I hesitated to post and explain right away because, well...we don't have to.  It was today as we start shutting down January that I wanted to get it out. Not because anyone has asked, but because his name is important and the stories should be told.
Let's start with his first name... 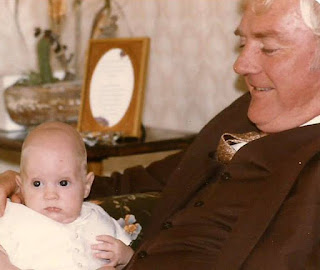 My grandfather. John Daniel Chester. An inspirational, traditional and yet avant-garde man who was one half of the men (my dad being the other) that helped shape who I am today.  My grandfather was born in the 1920s. Was in the Navy, worked in the health physics department at Brookhaven National Laboratory on Long Island. Was active in the community, was the school board president, county parks commissioner, in various volunteer community organizations all while helping raise three amazing women. 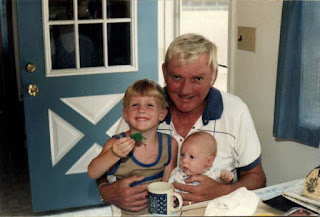 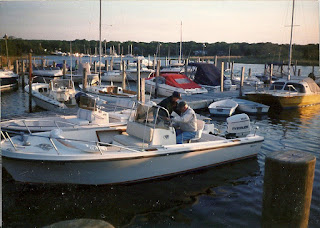 In his older years he was one of the first people to undergo a new procedure...a triple heart bypass surgery.  He was an avid woodworker, renovator, innovator and technologist. He had computers and the internet when they were in their infancy. He had bought stocks in fledgling companies Microsoft and Pfizer.


He taught me woodworking and life lessons that come from that.  Taught me about constellations and helped me with any crazy idea that my dad didn't already start helping me with.  He gave me my love for the water and pleasure-boating at our family's multi-generational summer home.  He passed away suddenly in the summer of 1999 from cardiac arrest, seven years after the life expectancy doctors had given him.  It was a day that I can never forget. I think he knew it was his last day...and if he didn't he treated it like it was. 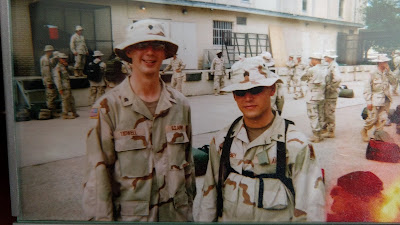 One of Dustin's Army squad mates from his deployment to Iraq.  Robert W. Sweeney III.  Robert and William F. Manuel "died January 10th, 2005 in Baghdad, Iraq, when an improvised explosive device hit their military vehicle. Both soldiers were assigned to the Army National Guard's 3rd Battalion, 156th Infantry Regiment, 256th Infantry Brigade, Lake Charles, La."  Dustin was in the Bradley armored vehicle with several other squad mates when the IED exploded and was trapped behind the pealed up steel of the bottom of the vehicle that mangled his leg.  Robert perished in the wreckage and was only feet away from Dustin when it happened. 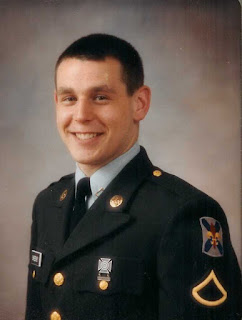 I can't begin to understand the bond that is forged between men when going through a stressful event like war. I do know that I appreciate each and every one of them. As a New Yorker and High School senior on 9/11...I suddenly was given an even greater appreciation for those that signed up for the armed services. Its something that only certain men and women can do. I wasn't one of them, but I have the greatest respect for those that were and are.
In an article originally sourced from the Associated Press, Sweeney was interviewed by a local Alexandria, LA publication not long after 9/11, “People like to say our generation are slackers that don’t care about anything,” he said. “But they’ll see that’s wrong. If they call me up, I’m ready. Those (victims) didn’t sign any papers to die for their country. But I did.”
(Forgive me for any errors here, I'll have Dustin edit and add at his discretion) 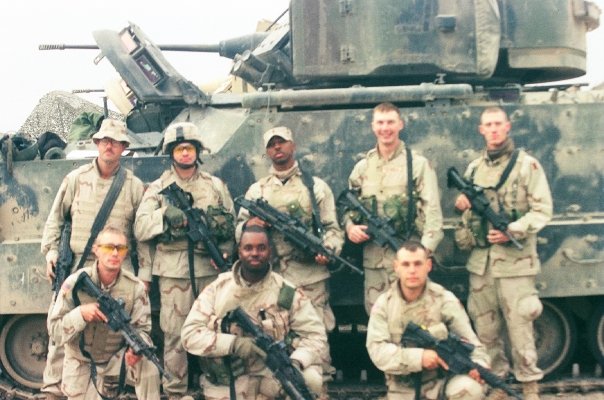 To sum it all up, John will have plenty of stories about the awesome men who gave him his first and middle names (don't even get me started on his last names!)