Don't forget too, we have an post of surrogacy FAQs

We're starting to think more about the nursery.  We're almost done with the kitchen. I have to wire the oven and get a few more things put together and then full on to the nursery.

So a few things left to make the kitchen great, but its basically on the wrap.

I told Dustin today that if he wants to start removing the sheet rock from the INTERIOR walls in the future nursery, he can. He was SUPER stoked about that.

OH! Did I tell you!? I didn't! (I just looked at my last posts) Friends of ours who adopted a newborn (now 19-20 months) wanted to off-load a bunch of their baby stuff and offered it to us. Like a massive amount of gender neutral clothes, some toys and some really clutch items that we won't have to put on the registry now.  I mean it was A LOT of stuff. So absolutely generous of them. Though they did say, "Baby stuff is like an infection. Eventually you just need to get rid of it."

I can only imagine. 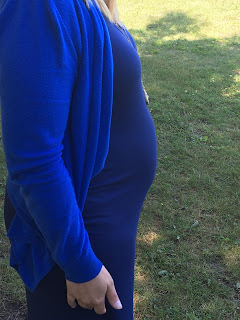 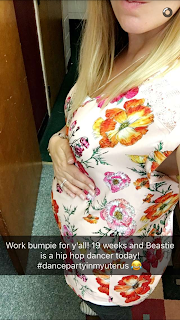 As we've been going through the last few weeks. We've gotten some sobering updates. I say sobering, because now, we're showing!

I can't believe it. Its one of those moments when you go. OH. This IS real.


This past weekend, we got together with some friends from work. Two couples who are also pregnant. We're all within 3 months of each other. So we've already got this pretty sweet support group going on.
Coming up next week, we're heading up North to see Beastie in the flesh...well, in the womb. So excited to take this little weekend getaway!!